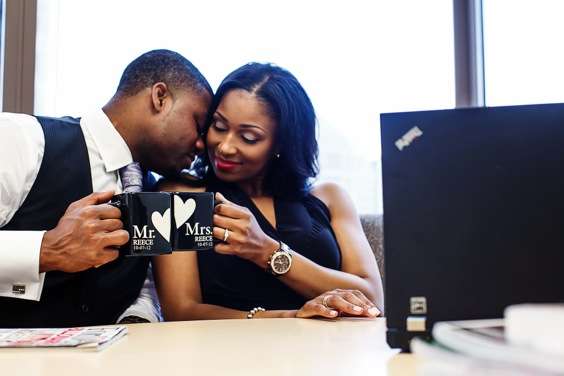 Good news! Chioma finally secured a job in a hospital at Enugu. You remember Chioma: The woman that refused to have sex with her various recruiters in exchange for a job (See Ethics Corner in April 21, 2013, edition of the Leader Newspapers or visit www.csaaeinc.org/blog/ for full story). As I argued in that article, the behavior of Chioma’s recruiters – known as quid pro quo – is a highly unethical behavior common in the Nigerian Job market. It is thus good news that her recruiter this time did not ask for sex in exchange for a job. However, just a few weeks into the new job, Chioma’s new boss – a physician – is already pressing for a romantic affair. Chioma is back to me with an even more complicated question: “This ‘doc’ is single and seems to really love me. Honestly, I seem to have chemistry for him also. What do I do?”

I know that lately Chioma has been worrying a lot about marrying. She probably must be wondering whether this ‘doc’ is not an answer to her prayers. I believe there are several subordinates like Chioma in Nigeria. Certainly telling them to say no to bosses such as this ‘doc’ is preaching to the choir. “What if God put her there for him and vice versa?” as some of our pastors would want us to believe. However, whether it is between this ‘doc’ and Chioma, a CEO and his secretary, parish priest and his choir mistress, or even madam and her driver, romance between a boss and subordinate, especially those working in the same environment, is often perceived as highly unethical in the business world. There are several reasons for this, but let us consider a few:

(1) It could be a form of sexual harassment, abuse or exploitation: Ethically and in some places, legally too, a boss would be considered to have more ‘romantic bargaining powers’ than a subordinate of romantic interest. Remember that he is the boss, often with powers to recommend or reprimand, promote or demote, assign or reassign and of course fire or hire. Ethically, because the subordinate cannot predict the many ways her ‘no’ may have an impact on her job; her ‘yes’ to the boss for romance is often not considered a free consent. Ethicists believe that it is more likely than not that the cloud of uncertainty over the subordinate as to the fate of her job may have impeded her power to make a free decision, even if the boss may not have in any way threatened her job.

By this standard, whether the subordinate is ‘really’ interested in the boss as Chioma seems to be or that the subordinate lured the boss into the affair against his intention – as we often hear, the boss is always perceived under the law in many countries as the sexual oppressor. In countries where sexual exploitation is considered as an abuse of human dignity, this could be a matter of civil suit especially if the subordinate can prove that she suffered some harm in the relationship, even psychological harm.  In these countries, work place romance has become a ‘no-no’ for most bosses because a subordinate can happily consent to a boss’s romantic request, enjoy the relationship for years and turn around much later in life to sue the boss. Many bosses have been found guilty of sexual exploitation of their subordinates several years after they have parted ways. Some of these guilty bosses did not only have to pay huge compensations to these subordinates, but depending on the ethics policies of their professional bodies, have also lost their professional licenses. Nigerian professionals and labor unions have to find a way to regulate boss-subordinate workplace romance that has become nightmares for many of our career women – single and married.

(2) It could lead to job neglect and inefficiency on the part of the boss: Except if such a boss is among the few who can engage in work place romance and still remain efficient, experiences have shown that it is more likely than not for a boss in a romantic relationship with an employee under him or her to neglect his or her job to the detriment of the business. Assuming the affair is between a physician and his office nurse, it is unlikely that they may not spend ‘business time’ talking of their personal affairs even when a patient is waiting. Also, it is unlikely that this physician can live up to his supervisory responsibilities towards this nurse because of their relationship he is likely to loose the moral nerve to do so. This is not only a disfavor to the nurse whom the physician should help grow in her career, but also a tacit empowerment of the nurse to behave as she wishes at work to the detriment of the business. If the other employees get to know of this affair, this physician may also loose his moral authority over them as this may come down to some of them as a scandal. This can also severely impair his supervisory role over these employees.

(3) It kills workforce morale and lowers input: Besides the fact that this kind of ‘topdown romance’ at work place can lead to inefficiency and job neglect by the ‘romantic boss’, it can also lower general employee workforce input and consequently business outcome. This is because, employees under same boss expect  to be treated alike, equally and fairly. A boss in a romantic relationship with any of the employees under him or her will likely favor that employee more than others. This evokes mixed feelings that can shortchange the morale of these employees because they will feel less favored and appreciated. Generally, this situation has been shown to lower employee input and consequently business outcome.  This is one of the reasons why some companies in Nigeria are not doing well and many have gone out of business