Why More IPOBs are Needed in Africa 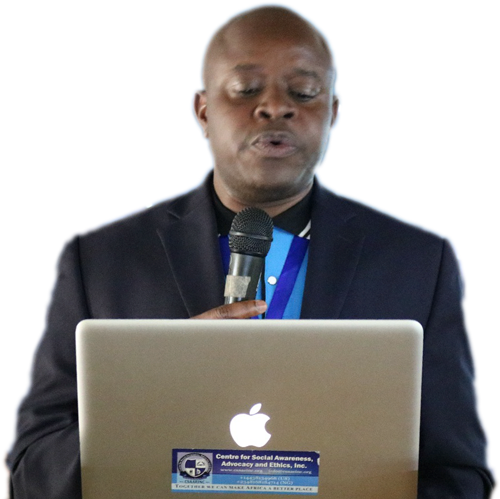 If you have not heard, there is a large youth organization in Nigeria called the Indigenous People of Biafra (IPOB). It was founded few years ago by a courageous Nigerian young man called Mazi Nnamdi Kanu. IPOB is a non-violent organization challenging injustice in Nigeria. They embark on peaceful protests and civil disobedience to compel the misinformed, corrupt, and heavy-handed Nigerian Government to treat them fairly. They say they no longer want to be part of an involuntary union called Nigeria created by the greedy British empire because the union is not fair to them.

Rather than dialogue with them, the former military dictator of Nigeria now in civilian garb, president Muhammadu Buhari arrested their leader and put him in jail against court rulings. The organization did not die, rather it grew even bigger. After much pressure, the president of Nigeria let him out on health grounds. The conditions of bail literally confined the IPOB leader to his room. But, the defiant leader did not give up. He continued his justifiable protest and members of IPOB have grown even bigger.

Loyalty to the IPOB leader has been unusual. For instance, on the commemoration of the gallant soldiers who decades ago fought against same injustice, Nnamdi grounded activities in Eastern Nigeria by asking everyone to stay home in honor of those soldiers. Recently, he started calling on citizens of Anambra State, Nigeria, to boycott upcoming Governorship elections. There are indications that they would obey him again.

But on the Nigerian President’s return from over 100 days of medical leave in Britain- even though while campaigning for election, he said he would end medical tourism – and yet to tell us what he used our money to treat himself, he quickly ordered the army to assault the unarmed and non-violent IPOB members. This led to the death of some of the members of IPOB. As if that was not enough, he declared the non-violent group a terrorist group and proscribed the organization without recourse to the rule of law.

Laughable declaration. “It is only the eye of a child,” said Macbeth, “that fears a painted devil,” Mr. President. Your intimidation tactics worked in the 1980s. We are in 2017. We are in the democratic age. However, following these violent steps by the President, some people have become afraid and are calling on IPOB members to stop the agitation.

I want to see more IPOBs in Nigeria and Africa instead. Protests, rallies, agitations, civil disobediences and strikes are ethical means of fighting for justice accepted both by the Church and the State. For too long, African leaders have exploited Africans without challenges. For too long, African leaders have looted Africa, maimed and killed fellow Africans, leading to what we have today as an utterly underdeveloped and poor Africa.

That the President of Nigeria and his corrupt government have reacted the way they have done is a sign that they are concerned by the actions of IPOB. Now we know what works: protests, agitations, rallies.

Yes, protest works. Rallies are effective. Civil disobedience works even faster. Strikes work like magic (ask the Academic Staff Union of Nigeria). Ask America. We know that racism would not have reduced in America without the great Martin Luther’s persistent protests. I am able to write this letter to you from my residence in Maryland, U.S.A because MLK refused to be intimated. I wonder whether I could have easily succeeded in America without MLK’s persistent protests and rallies. He eventually paid the supreme price just for many of us to walk around freely in America.

No matter what they do to you. Whether they shoot you, beat you, throw you into jail or call you terrorists, do not give up. Keep rallying. Step up your protests. Keep posting and reposting.  Go on strikes as often as you can. But in all these, never take arms. Never shoot back. Never beat anyone. Keep it peaceful, but persistent until they do the right thing for Africa.

I was in Jos in June to empower about 1500 youths at the University of Jos. I met many youths from the Northern Nigeria who are not sure where the next meal will come from. Many have been writing to me for help. Your situation is not caused by your Igbo and Yoruba neighbors in Jos. Like you, they cannot feed either. Your woes and those of IPOB members are caused by our evil leaders at ASO ROCK and State Houses. They are our common enemies, not our fellow citizens.

Let the protest continue and never stop until justice shines like the Sun on all Africa.

Godswill Agbagwa is professor of Catholic Social Ethics at the St. Mary’s University and Seminary, Baltimore, as well as the founder of CSAAEINC. CSAAEINC is a fast-growing international non-profit organization raising a new crop of African leaders and work-force imbued with the morals, effective leadership skills and entrepreneurial spirit to facilitate development and end poverty in Africa. Learn more at www.csaaeinc.org 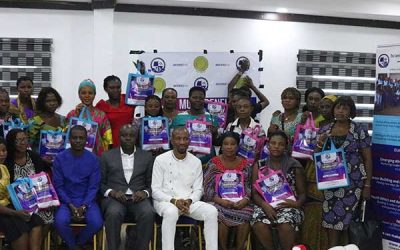