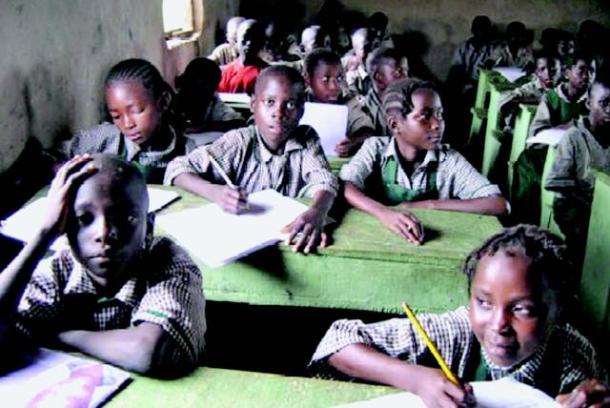 In the recent past, primary and secondary school education have gained global recognition as necessary for the full development of the human person. For instance in 1948, the United Nations recognized education in its primary and fundamental stages as a human right. (Article 26(1), U.N. Declaration of Human Rights). Later in 1966, the General Assembly adopted the International Covenant on Economic, Social and Cultural Rights that requires Nations to provide free and compulsory primary education to its citizens. It also requires secondary education in its different forms to be made generally available and accessible to all by every appropriate means, and in particular by the progressive introduction of free education. (Article 13(b)).
Even though the 1999 Nigerian Constitution does not recognize education as a Fundamental Human Right, it nonetheless provides in Chapter II (18) (3) that: “Government shall strive to eradicate illiteracy; and to this end, Government shall as and when practicable provide (a) free compulsory and universal primary education; (b) free secondary education; (c) free university education; and (d) free adult literacy programme.”
While the Republic struggles to provide free primary education to the few pupils – who still have to pay over N3,000.00 in fees – left in its public schools, Imo State Government has stepped up to provide its own free primary and secondary education in Imo State. For each pupil and teen of Imo origin attending public schools in Imo, the Government claims to disburse N25, 000.00 and N40, 000.00 respectively to the education board per annum. Based on current tuition rates in public schools, these should be enough to off-set their tuitions and fees.
Additionally Imo Government also claims to hand out N100 stipend to each pupil per month and the sum of same amount in each primary school to the school head monthly. If this is actually the case in Imo State, then, this is a good step in the right direction because I strongly believe that Government should support the parents in providing basic primary and secondary education to their children.
However, while we praise Governor Okorocha for this good initiative, some of us have had to wonder whether this initiative serves the best interest of all our children and our State given the fact that the free education is restricted to children in public schools. If Imo State Government has decided to support the tuition of Imo children in primary and secondary schools in Imo State, would it not be fair for it to support all our children rather than a select few?
The idea of a State or Federal Government paying for the tuition of some children in public primary and secondary schools to the exclusion of others – as we see in nations such as the United States – seems discriminatory and should not be the way to go in Imo State. Government’s role in the provision of education to children should be to provide financial support. It is up to parents to decide which primary and secondary schools that their children should attend. Therefore, whether a child acquires the required education in a private, religious or public school should not be controlling in determining whether such a child gets Government financial support or not.
This makes sense because, often times, it is not even practicable for the State to provide enough primary and secondary schools required to provide this education to all. For example, in some autonomous communities in Imo State, there may be no public secondary school for these children to attend. To benefit from the free education, poor boys as young as ten years old may have to trek miles upon miles without breakfast to be in class at 8am in other towns; stay all day hungry in school and trek back home hungry.
Eventually some of these children may be kidnapped on the insecure apian ways. Some others – the locally well off – may be killed or injured while riding to school on the back of Okada due to lack of better means of transportation. Certainly, many who cannot cope with these adverse situations will have to drop out of school. But there may be a private or Church owned secondary school next door which they cannot attend because they cannot afford the tuition.
Also, even if we are to have a public school next door to every child in Imo; private, vocational and church-owned schools also bring useful diversity to personality development in the State. The various approaches given to the realization of the required education often lead to the development of various personalities to the advantage of the State. For instance, I passed through a seminary secondary school that offers a different approach to life. Together with the approaches that my siblings bring to the family table from the public schools, we are usually often able to blend and produce better results for the family. Thus, the more diversified our upbringing, the better for the State.
As it is the case in the United States and some Western Countries, Government not only finances public primary and secondary education but also determines the curricula for these children including moral, cultural and religious curricula. While the laws of these nations may have allowed these, the moral consequences of long term Government absolute control of school curricula are already in their air. Imo people must nip this possibility from the bud by insisting that Government provides only financial support to our Children while the parents decide where their children go with that support.
For instace, since Imo Government is paying N40,000.00 per annum to keep Chioma at Amaimo Girls Secondary School, let it award same amount to Ikenna at St. Columba’s Boys School Amaimo. Both Chioma and Ikenna will be better served by this arrangement and our State will be better off in the long run. The free education will then not only fair enough, but also good enough.