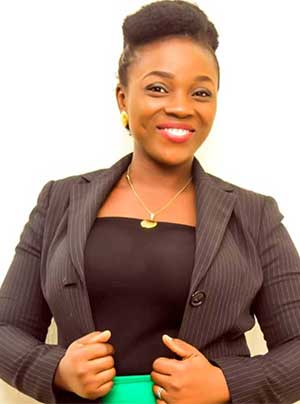 Ifeoma Oronsaye is the Manager of Career Building and Entrepreneurship Program (CBEP) at CSAAE. She assumed work at the Centre in 2020 and her job has been so amazing. She has acquired a lot of skills on the job which she did not have. Designing and implementing projects that help young people get the education they need. Also securing employment and initiating enterprises that contribute to African development which has built her capacity for the social development sector. She loves her job because it has developed her mind and has offered her skills she requires to grow in her career.

Oronsaye obtained a bachelor’s degree in Medical Laboratory Science from Imo State University, Owerri. She has worked in the University of Nigerian Teaching Hospital (UNTH) as an intern. And also had her one-year NYSC program at Imo Specialist Hospital, Umuguma, Owerri, Imo State. She had a little post graduate experience at a private clinic, where she worked as the Assistant Laboratory Scientist before she got an offer at CSAAE as a Program Manager.

Back in her days in the university, due to her love and passion for human development, she had initiated and implemented many projects that aimed at supporting women and the needy in the society through REDD Empowerment Foundation. She has also served in different leadership levels (chapter, zonal and regional) at Federation of Colleges Ex-Student Christian Association (FECA).

She is passionate about social development which she has proven by her achievements in the Centre since her appointment. She has initiated and implemented interventions around her program area which has brought growth to the Centre. She believes that everyone should build their career around their passion and this has been her drive.

Ifeoma Oronsaye is a native of Umuduru Amandugba in Isu LGA of Imo State and married into Iguobazuwa town in Ovia South-West LGA of Edo State. She resides in Imo State with her family.