72 percent of Nigerians call for disintegration

Seventy-two percent of Nigerians are in favour of disintegration as a way forward for a better Nigeria while twenty-eight percent want restructuring. This fact was established in an opinion poll conducted from October 6th to 13th, 2020, by the Youth Ethics and Anticorruption arm of the Centre for Social Awareness, Advocacy and Ethics (CSAAE).

Out of the 185 persons interviewed, 153 persons wanted a disintegrated Nigeria while the remaining 52 persons wanted a restructured Nigeria. This accounts for 72 percent and 28 percent of the total respondents respectively.

The respondents in favour of disintegration would love to see a Nigeria that is broken into the following major ethnic groups: Republic of Biafra, Oduduwa Republic, Arewa Republic, Niger Delta Republic and the Middle Belt Republic.

On Nigerian unity, the Niger Delta Youth representative upheld the notion of one Nigeria blaming poor leadership as the cause of the Nigerian problem, while his Middle Belt counterpart argued that for there to be a better Nigeria there should be restructuring of Nigeria into six geopolitical zones. The Yoruba Youth representative agreed with the Middle Belt representative on restructuring with emphasis on devolution of power with resource control to the 6 geopolitical zones. The IPOB youth delegates argued that there should be complete disintegration of Nigeria into 4 nations (Arewa, Biafra, Oduduwa and the Middle Belt) insisting that the contraption called Nigeria is the first problem of Nigerians. The Arewa Youth representative disagreed with everyone insisting that Nigeria should remain the way it is. He agreed that states should control their resources but insisted that the police should be controlled by the Federal Government.

The debate was moderated by Rev. Fr. Dr. Godswill Agbagwa, the founder and executive director of CSAAE. In his closing remarks, Fr. Agbagwa, assured representatives of the youths that their voices and yearnings would be channeled to the appropriate authorities and that more steps will be taken to garner and collate more views of the Nigerian youths on the way forward for Nigeria as he called on youths to embrace their roles as critical actors in building a better Nigeria. Watch the full debate on YouTube at: https://youtu.be/ScPR66GMoWA

It should be noted that CSAAE is a nonprofit organization dedicated to helping young people build great careers, cultivate a spirit of entrepreneurship, become effective leaders and embrace their roles as critical actors in building a better Africa. The Centre pursues its mission through 3 programs that share the common goal of creating positive social, economic and political change one person at a time. A Career Building and Entrepreneurship Program (CBEP) that helps young people get the education they need, secure employment or initiate enterprises that contribute to the development of Africa; an Effective Leadership Program (ELP) that nurtures leaders committed to the development of Africa. A Youth Ethics and Anticorruption Program (YEAP) that raises the consciousness of young people to the importance of good governance, rule of law, human rights and anticorruption towards the development of Africa. 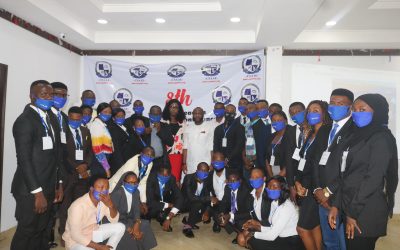 BY IMANDE ELIZABETH AND EZEANI JOHNBOSCO The word young is synonymous in most settings with development. The time when the most development occurs is during the youthful period. Youth development in Nigeria has been all lip service and no action. The systems and...

END_OF_DOCUMENT_TOKEN_TO_BE_REPLACED 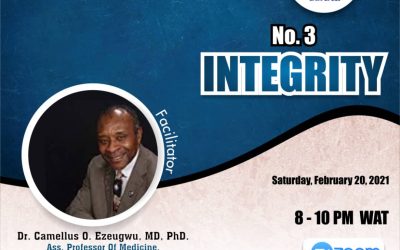 Saturday, February 20th witnessed another mind reforming session as Dr. Camellus Ezeogwu gave us a lecture on the third virtue of Effective Leaders which is INTEGRITY. Dr. Camellus Ezeogwu, MD, PhD. an American Board-Certified Cardiologist and an Assistant professor...

END_OF_DOCUMENT_TOKEN_TO_BE_REPLACED

THROW BACK ON CBEP ACTIVITIES

The Career Building and Entrepreneurship Program (CBEP) is one of the three programs being undertaken at the Centre for Social Awareness, Advocacy and Ethics (CSAAE). CBEP is a program that helps young people get the education they need, secure employment and initiate...